Air Purifiers a Necessity in Some Cities


To understand how world markets operate in a global fashion these days, one only has to think about the air, which goes everywhere. That is the one commodity we definitely all share, even more than water, which is arguably the next most important resource on the list of things human beings need to survive.

As we think about air, there are various definitions of the word to consider. Which is how the idea for this blog came about. On a recent drive across southwestern Wisconsin a public radio station was airing a program called Science Friday in which modern issues of technology and science are examined in light of recent news stories. The program focused on the increasing problem of intense air pollution in the Chinese city of Beijing. Due to high rates of industrial pollution the air quality ratings were five times worse than the highest point on an internationally accepted scale of dangerous conditions. 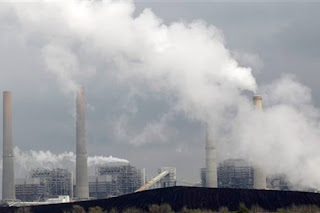 Beijing residents were becoming sick from the high level of particulates in the air. People would not even venture outside for fear of the air, which was thick with smoke grit and industrial chemicals floating in a smoggy cloud.

Inside their homes Beijing residents were doing everything they could to improve air quality in their residences. There was just one solution to the problem: indoor air purifiers.

The sale of air purifiers in China has skyrocketed as a result of the horrid air quality. Both retail and online sales of air purifiers is meeting the demand for safe, breathable air indoors even when the air outside can literally kill people, especially those susceptible to asthma and allergies.

Air purifiers for rooms of all sizes

Air purifiers can filter out 99.97% of particulate matter, unwanted chemicals or odors in the air. The process works to your health benefits from very small rooms, to larger spaces where HEPA Air Purifiers can clean indoor air in normal rooms or large areas. Even very large room areas can be cleansed using Extra Large Room HEPA Air Purifiers. You can even remove germs from the air and room surfaces with a UV Air Purifier that utilizes targeted light in a specific spectrum of ultraviolet rays to kills germs or substances that cause flu, cold and allergies.

The conditions in China are admittedly extreme, but Beijing is not alone in its struggle with air quality. Recent reports from Fairbanks, Alaska have determined that the air quality in that region is even worse than in China. The smoke from wood-burning stoves gets trapped in cold air inversions that result in dense, dangerous smog that can choke people to death.

Wood has always been considered something of a “green” form of renewable fuel, but the conditions in Fairbanks, Alaska prove that even the best intentions can result in polluted conditions.

Air quality matters even when you go on the road, and travel air purifiers are designed to go with you anywhere in the world. The Win Mini-mate Wearable Air Purifier even protects the breathing space right around your mouth, cleaning the air everywhere you go, eliminating allergens, bacteria and viruses too.

There’s no reason to live with bad air if you know how to combat the problem. Air purifiers are the answer to a multitude of situations in which the air is not suitable to breathe.
Posted by Allergy Asthma Technology at 8:00 AM