Meteorologists in the Dallas-Fort Worth area last week were puzzled when trying to read the radar. According to Yahoo news, the weather system was showing a rather large area of what looked like heavy rain and strong storms, yet the weather outside was clear, sunny and scorching hot. One meteorologist suggested it was a massive swarm of bugs. But another meteorologist said it would have had to been an apocalypse- sized amount in order to make that much of an impact on the radar system. He then suggested it was a mixture of insects, dust, pollen and humidity. He thought that a “weak cold front” and significantly high temperatures might have forced the mixture high into the atmosphere.

If this ever happens in your area, you want to be prepared--especially if you have seasonal allergies. Pollen and dust can enter homes through air vents and cracks in windows or doors. Placing an in-home HEPA air purifier in your home will reduce the amount of allergens in your home. HEPA air purifiers work to eliminate such particles from the interior atmosphere, allowing individuals to breathe healthy and normal. 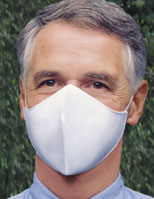 It is suggested that those with allergies to pollen stay indoors during times of high pollen counts, however, that is sometimes impossible. Allergy sufferers can venture outdoors wearing allergy masks to keep from breathing in allergens and other particles during difficult times. Allergy masks let air into the nose and mouth but prevent such particles from doing so. 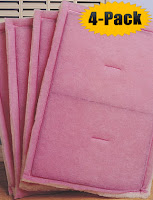 Regardless of a dust/bug storm, you should always change your filters at least twice a year: once in the spring before switching to AC, and once in the fall before switching to heat. However, changing them out once a season is the best way to keep allergens out of the home. Furnace filters allow air through the vents and into the home, while trapping allergens, dust, and other harmful particles.
Posted by Allergy Asthma Technology at 1:13 PM